Roles in communities of practice

Does a learning community or community of practice need roles to function well? Should you officially assign these roles to people or is it best if people spontaneously fullfil certain roles? What about the self-organising power of communities? On the 29th of March we did a session (we = Sibrenne Wagenaar en Joitske Hulsebosch) about roles in networked learning. We thought it would be nice to share some of our thinking in this blogpost. 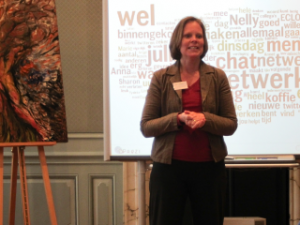 Starting with ourselves .... we have a small, starting network of people who all in some way use social media in learning processes and training. Roles are not explicitly named and assigned because it is a starting and spontaneous process. Since we have taken the initiative to invite people we feel more responsible for the ins and outs of this network, but others also take initiatives and propose activities. We talk regularly with members informally, take initiative to convene a meeting f2f, start an online brainstorming, make sure invitations are available for online webinars. But basically anyone can take the initiative to start operations and that happens.
This raises the question ... can it help to formalize roles and assign certain roles to members in a network? And when do formal roles get in the way of spontaneous self-organisation? A more formal roles gives you a certain focus and responsibility that makes it clear how you (are supposed to) contribute to a network. The art in network learning is often this can be combined with other existing work tasks and having a formalised role may help to ensure the learning community doesn't get 'off the radar'. It is crucial that the contents of the network relevant to you and in line with other work you do to prevent the network tasks from falling off the list, but having an explicit role can certainly also contribute.

In this blog post we talk about a learning network or community of practice as a group of people who interact and engage with each other to collectively learn based on a common interest or shared issue and on a fairly explicit manner form a network, offline, online or in a combination of online and offline interaction.


What roles can you distinguish?There are many different classifications of roles in learning networks. The Ruud de Moor Centrum has recently developed a great networked learning toolkit and formulated six important roles, spread over an internal and external focus. There are two more sources that we like to share with you: Eric Davidov's roles and roles described by Michael Fontaine.


We provide these three categories not to compare them, but rather to show the variety in thinking about and defining roles. This is not the 'one right list' that will make your learning network perfect. You may develop your own list of roles for your network, inspired by these lists. It is difficult to compare them because they have been described from different perspectives. The list of Ruud de Moor Centre is based on multiple learning networks in a system in which roles are needed external support. Eric Davidov, based on a literature overview, has compiled the most common roles in a Community of Practice. Fontaine has looked at roles and their development in communities in a number of large organizations. In his view, certain roles (eg sponsor, leader, subject matter experts) are important in the early stages of a major network, and over time find it rather obvious shifts. Fascinating to read his article about it!

Formal or informal roles?
There is a difference between a spontaneous role (eg. act as an inspirator and having a formalised role (eg. as the network coordinator or ICT-coach). It may be worthwhile to formalise certain roles to create clarity and to make sure that the responsibilities are anchored somewhere in the network. Playing with roles may help the development of a network. This is true for a coordinator roles, but also for less obvious roles like inspirator or monitor. For instance, Habiforum has three masterroles innovationcoach, procescoach a coach learning and development, see this article by Kranendonk en Kersten. Do you feel a network lacks innovation power? You may decide to assign an innovation coach.

We are personally convinced that a role should fit somebody's talents and preferences. Are you a person taking lots of initiatives, then the role of activator may suit you well. On the other hand it is very well possible that people play different roles in different learning networks, depending on their identification with the network. This was one of the insights that the participants of our session gained through our discussions. 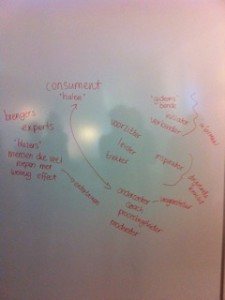 Rollen as a lense to look at the functioning of a community of practice
We strongly believe in the self-organizing capacity of a learning network: people with a shared passion come together, communicate and think of organisating activities to jointly engage in. Does it still make sense to think in terms of roles in learning networks? Absolutely, because it offers a particular perspective to a analyze a network, scrutinize its functioning and think of improvements. What type of members fullfil a certain role? What are the weaknesses of the network? Do we miss a certain role? Discussing the roles thus provides a framework for a discussion on how to support the development of the learning network. Based on this discussion, you could decide to assign certain roles more explicitly to a person or a small group of persons, or to rotate roles. It is also valuable to become more aware of certain roles needed. Following a discussion of the roles within a the network, members might decide:


Roles as lense to look at organizations Finally, the conversation on that day also addressed the potential of using network roles to look at employees in an organization. Rather than thinking always in terms of strict functions, you might think of flexible roles. For instance, you might think in terms of changing, flexible topic leadership rather than thinking about management functions and fixed tasks. This might be part of the more networked organizational form of the future?
Geplaatst door Joitske op 11:40 AM

I like how you bring out all the complexities around roles in communities and networks! It seems to me that how roles arise is also something you are getting at: are roles adopted? are they unconsciously adopted or deliberately? are they assigned? if so, who has the role of assigning roles to others? :-)

thanks John, I used knew we had overlooked something: understanding all these roles we forgot to look into who has to assign the roles!

I completely agree with the defined list of roles and functions found in communities of practice (CoP).

I think we need to make a distinction between formalized vs. dominate roles.

In addition, we may want to consider how formalized roles can have the potential to evolve into a formal "hierarchical" governance role structure.