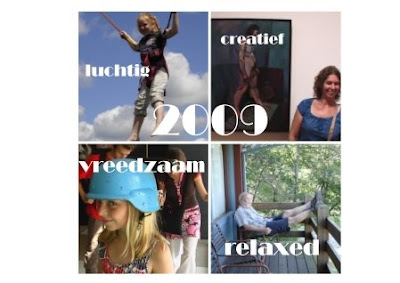 Crash course in Dutch to understand this new year's card:
Luchtig = Light
Creatief = Creative
Vreedzaam = Peaceful
Relaxed = Relaxed
I admire all the blogger that give away their highlights of the year, the most frequently read blogposts etc. I don't have any data whatsoever, so no highlights!
Geplaatst door Joitske op 4:08 PM No comments: 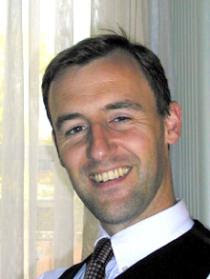 The networked student and knowledge worker

Irene Hanraets alerted me about this video about the networked student by wdrexler:

The way the networked student uses web2.0 services is basically the way I use them. So it could be the knowledge worker2.0 too. I wonder though, about individual paths and diversity. I don't think learning by blogging works for every student, or does it? I also wonder what it takes in terms of knowing what direction you want to take. In my experience you have to be quite focused (and not loosing any serendipity at the same time) not to waste a lot of time. What do you think?

And what does it mean for education. I'm teaching too, but the blog idea I introduced didn't take off naturally and I didn't have time to guide it properly. So it would need sufficient guidance from teachers to make it really useful..
Geplaatst door Joitske op 9:31 AM No comments:

Last Thursday I had a great day with communication specialists (and a few technologists) of the Dutch development sector at the Context Masterclass about 'web2.0 for draagvlakversterking'. This really completely untranslatable word refers to the creation of support for development cooperation- apparently that is a science in itself :). The day started with two presentations, an introduction into web2.0 by Sandra van Heeswijk and the experiences of Nabuur as a platform where neighbours in north and south can collaborate. I was asked to help with the interactive workshop.

We played the Dutch social media game in 3 groups of 10 people. After the game we organised peer coaching in small groups of 4 behind the computer. People could show each other examples of how they used web2.0 for 'draagvlakversterking' and/or ask each other for informal advice. The game was inspired by the social media game developed by Beth Kanter and David Wilcox. In itself an example of how web2.0 can help you do your work! I used the motivation that people wrote before the workshop to tailor the cards towards the questions in the group. It worked really well, in my group the first card already started a 20 minutes discussion! At the end of the day we discovered by reading twitters that it was snowing outside in Utrecht :). From the evaluation I noticed that it opened people's eyes to the complexity of 'using' web2.0 and realized web2.0 is not a panacea. They appreciated the realism, attention for the difficulties and risks involved. Some learned that working with web2.0 is not equivalent to building your own communities, but that your strategies may include making use of other online spaces like hyves, facebook or twitter.

A few questions that I remember:

Talking about where to start I showed a few people the graph of museum2.0 about how much time does web2.0 take? On the techsoup site Jacob Colker answers the question: "If my nonprofit were to start using only one of these (web2.0) technologies, which one should we adopt?" Jacob's answer was 'start blogging'. For draagvlakversterking I'd say: start following what's discussed about your organisation, your campaign or your causes online, using tools like technorati (for blogs) or socialmention.

Some interesting web2.0 examples that I learned about (or already knew) in the context of 'draagvlakversterking', with a few exceptions Dutch-based:

Great to notice that Doenersnet and JongOS make use of the easily available NING service rather than building their own (expensive) social network site. Other interesting examples?

Via Cindy, I discovered Typealyzer, a fun tool that analyzes Swedish and English blogs.
This is a scientist blog.
"The Scientists enjoy theoretical work that allows them to use their strong minds and bold creativity. Since they tend to be so abstract and theoretical in their communication they often have a problem communcating their visions to other people and need to learn patience and use conrete examples."
More interesting is the graph with the parts of your brain at work while writing. Mine is high on thinking and low on feeling. That is something I recognize: I don't easily write about my feeling on my English blog, my Dutch blog tends to be slightly more personal. Maybe because it has a smaller readership? Or because it is my mothertongue? Unfortunately Typealyzer did not work for my Dutch blog, I'd be happy to see analyze it and see any differences....
Is my blog too scientific or do you like the strong focus on thoughts?
Geplaatst door Joitske op 12:24 PM 3 comments: