I saw this video twice already on different blogs, but going to post it nevertheless. It is an interview with Chris Collison about the role of social media in knowledge management.

He states that he used to see technology as an enabler or driver for knowledge management. But social media has become more than that: it can be a disruptor in a positive way. He uses the example of Twitter, the connection to new people invites linking and sharing in new ways. It is not enabling more of the same behaviour, but disruptive because it leads to new possibilities.

Nevertheless, the term knowledge management 2.0 frustrates Chris because it seems like KM1.0 is thrown away. Whereas there are useful lessons from KM1.0 that need to be blended with enterprise2.0 tools.

Well, see for yourself if you haven't seen it yet. 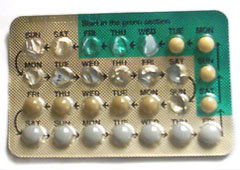 I've now participated in three Twitter chat sessions. The first time was I late, I arrived on the scene towards the end. The second I could not really follow well, I saw all these separate and short messages. I pulled out. The third time was my lucky time. I used tweetdeck to follow the hashtag, did not continue working simultaneously but devoted myself to the chat. It was the conversation that Catharinus Doornbos, Trainer at Station-to-station and initiator of discussion Tuesday on ICT and education. I liked it. Nevertheless, I had the feeling that you mainly talk with the facilitator and less as a group. I've interviewed Rinus about his way of facilitating a twitter chat.

It started with a movie that I saw about Twitter Tuesday for the U.S. Teachers. By using a hashtag (#) in all tweets, the discussion can be followed by everyone. In these discussions I came to great ideas and got to know lots of useful websites with many resources and tools for education. I wrote an article on the edublogs of Netwijs. I said jokingly, that we could start a twitter Tuesday in the Netherlands. Then I received some positive comments. Because we in our department had just talked about innovations in education and ICT and wanted to devote more attention to it, I asked my colleagues to support my idea.

I selected a start date and time and almost every day via Twitter communicate these with the use of the hashtag # netwijs. That triggered new responses. The number of active participants now grows slowly. The number of followers too. I notice more participation and a subsequent rise of personal followers after the debate. Yet, the participants are mainly people who in one way or another professional involved in education and ICT, but not teacher. There are few teachers participating. Maybe it is lack of time, perhaps it is by ignorance.

How do you facilitate your own chat?

As moderator I start the discussion with a question or statement. Then I try to ask for responses from participants by probing and bringing in other perspectives. In this respect there is no difference with leading a face-to-face discussion. The added problem is that you have only 140 characters for use in your tweet or actually less, because you must use the hashtag. You must really be to-the-point. The advantage is that you have no other incentives, such as facial expressions, gestures, or people who talk. Everyone is now in an equal position to contribute and free to comment on they want to comment on. I make sure that I have read some materials on the subject and have some nice links ready to throw into the discussion when it is quiet. During the discussion, I am regularly searching the web. During a simple discussion you have that opportunity. Afterwards, you can read everything right back, even what you've missed. This makes it very dynamic.

Are you satisfied with the results of the chats?

The result so far is that I've expanded my network considerably with people I would never have met otherwise! We share knowledge with each other. In addition, our blog got much more attention. We use the name of our department as hashtag (# netwijs), hence we ensure branding and we reinforce our image, that we have knowledge of education, ICT and innovation.
Geplaatst door Joitske op 5:26 PM 1 comment:

Yesterday I facilited a session for the context masterclass on draagvlakversterking (draagvlakversterking is hard to translate but is something like 'strengthening your supporters base') on the topic of social media. It was fun. After a presentation we did a card game in small groups talking about dilemmas. Then we talked about tips and tricks and we ended with three participants showing some of their work with social media and sharing the intricacies. Here's the presentation if you're interested and here's the link to the wiki.
Nieuwe media voor draagvlakversterking
View more presentations from Joitske Hulsebosch.

A big lesson is that the social media people (including me) tend to focus on the success stories, which makes it look like an easy thing. See how people collaborate on Twitter to raise 119.000 euros for Haiti. Look what Lego is doing to get customers to participate in the design. Often the same stories circulate. But when you look at actual practice it is hard to replicate because the circumstances in these examples were right, people were interested in the cause. One video going viral (we watched where the hell is Matt) doesn't mean your video will go viral too.... Fortunately we had enough space to swap the hard stories. Next time I'll try to include some less successful stories.... A few of the stories I've heard (I am making sure that the organization is not recognisable; I believe it is good to share these stories but understand why these stories don't get shared easily):
It is very attractive to set up something like an online network, online community or group on a social network like facebook. But it is another thing to think through what is needed in terms of facilitation and support and what you really want to achieve with it. It seem a pitfall we are all falling into.

I noticed from participants' reactions that information overload is a big issue for non-profit staff. Not everyone is happy to get an online community to facilitate or to twitter for the organisation because they are already overloaded with information. This reduces the enthusiasm and makes that working with social media is perceived as a burden and time consuming. I don't know what the solution is. On the one hand I think people do need to develop the skills of working with huge amounts of information, on the other hand it might be best to work with the people who are capable (and even excited) to do this. Apparently it is not for everyone.

Lastly it is powerful to be able to do something for the second or third time. We used the evaluation and the interaction with participants from last year's session. I prepared this session together with the facilitators of the course and we were able to keep the elements that were highly appreciated and added some wishes like the need to have more hands-on tips en tricks. Often we move on and new people take over. Having the chance to keep a team pays off (hope participants will notice that too..).
Geplaatst door Joitske op 11:10 AM No comments: