I'm writing an article about challenges in fostering learning networks in education- based on 8 interviews we did last year- the writing is a bit of a long process but we're getting there. What is striking in the interviews is that the role of the coordinator or facilitator is so new to people. Compared to other tasks and working according to a plan, they have to learn to let go and see what emerges. But there is some confusion too, that letting go means doing less or waiting passively till others take initiave. In my experiences it means working hard, but doing more on the background, talking to people, knowing their passions and interests and knowing what will trigger their participation or even lead taking.

On Beth's blog, this blogpost I found this small interview on network weaving. I've never liked the term weaver, it's so domestic somehow... but it does highlight the invisible work on relationships of a network coordinator or facilitator.

Madeleine explains that you have to see connections and the value the connections bring to people. And knowing what connections to promote, because not everyone needs to be connected to everyone. I'd add that you can also do that from a deep understanding of the domain and the cutting-edges of the domain.
Geplaatst door Joitske op 11:25 AM No comments:

the power of metaphors

I'm always amazed by the power of metaphors. Sometimes I try to 'cook' one myself and then it doesn't work so formulating or rather designing a good metaphor is not easy. In Ghana, people were generally strong in using metaphors, but unfortunately I didn't write them down. But if you like proverbs too, you can follow the twitter stream of African Proverbs.

Some strong metaphors I've come across: We all know the metaphor about marriage as a sailing trip. You step into the marriage boat and you will face rough weather, storm and the boat will rock. A little overused, but probably popular because it appeals to couples.

A very strong one that I still remember, even though I've come across it some years ago, is about the integration process by immigrants in the Netherlands. There is a lot of political debate about integration and integration problems and usually the immigrants are blamed for not speaking the language, not adapting etc. Then a person said: "it is like the highway; you can try to merge with the traffic on the highway, but you need to be given the space to pull your car over". This is such a good metaphor because it show that it is a two-way process.

And two weeks ago Irene Guijt gave a presentation about accountability at Partos Plaza. What I now recall from her presentation is the metaphor of the goose and the golden eggs. Talking about accountability she explained that you need to be aware of not only counting the golden eggs (the results) while killing the goose at the same time. Because you will not have any golden eggs in future. I think that's a strong metaphor to warn about for looking short-sightedly at (short-term) results without caring for the organisations and other actors that produce the results.

Do you have any metaphors that stick with you? What makes them so strong? 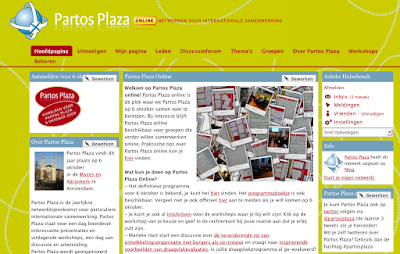