Another great talk by Clay Shirky available through Tedtalks. Watch it if you have 17 minutes break from work. Besides giving some examples of how social media are changing collaboration and cooperation in society, he makes a very important point: social media can have enormous impact because it can leverage existing social capital, existing networks between people. If you look at his example of the earthquake in China: social media made it possible that the first reports were online by citizens before the institutions could break the news. But it is through the social relationships with these citizens with other chinese people residing in other countries (and other nationalities too) that it could flow. So social media without the social capital is not really revolutionary... I think this is also a lesson for organisations- if you have never built a good constituency- don't think social media will build that for you. If you have already build it, social capital can make it more powerful..

What do you think? Or can social media also help to build networks from scratch? 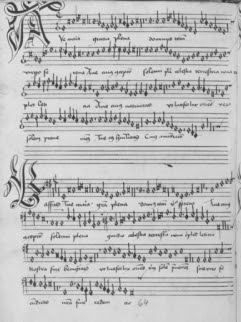 I'm interested in expertise: what is it and how to build it? And how is expertise changing in this social media world with information easily accessible?

When I returned from working in Mali, Ethiopia and Ghana and started to work in the Netherlands I was at times surprised about work given to younger and junior employees. I guess I picked up some of the respect for the expertise and wisdom of older people in the countries I worked previously. As times, age is seen as a disadvantage rather than an asset. What I notice is that often younger people seem to be able to do a certain job quite well, but take more time.

On the cognitive daily, a blog with daily news about psychological research and news, there was a repost with the title 'why can't we all be divas?' that may shed some light on expertise.

You are invited to listen to the two Ave Marias and see whether you notice a difference:
Ave Maria 1
Ave Maria 2

I thought the second one was slightly lower than the first Ave Maria.. From the blogpost:

"The difference between the two clips, readily identified by experienced professional musicians, is that the melody is being played in a different key from its accompaniment. While this technique is sometimes deliberately employed in both Western and non-Western music (the musical term for the practice is "bitonality"), it's certainly never expected in a familiar work like Ave Maria.....The fact that nonmusicians can't detect bitonality is the surprising result of a simple little study by Rita Wolpert of Caldwell College ("Attention to Key in a Nondirected Music Listening Task: Musicians versus Nonmusicians," Music Perception, 2000)....She then played the "music" for 40 nonmusicians and 10 professional musicians. Only 5 of the "nonmusicians"—which actually included 7 people with over 6 years of musical training—could conclusively tell that two of the arrangements were sung in a different key from the accompaniment. Meanwhile, the musicians uniformly reacted with disgust, easily identifying the problem with the flawed arrangements... None of the nonmusicians indicated that the bitonal arrangements were at all unpleasant."

In the discussion through the comments on the blog, some musicians wonder whether they are 'taught' by their education that the bitonal arrangement is unpleasant. In any case, it is an example of the fact that building expertise gives you the ability to distinguish/hear/see things that goes unnoticed for people without that expertise. And that that expertise may be quite invisible to outsiders. On the other hand, you can distinguish the real musicians easily through this small test.

By the way, if you ever get to Bobo-Dioulasso in Burkina Faso, there is a nice restaurant 'l'eau vive' run by the Catholic sisters. At the end of the evening, the sisters sing the Ave Maria.