Data is beautiful (but not many learning professionals believe this)

I read the book 'Big learning data'. I do like playing with data and always liked mathematics.

What is learning analytics? Learning analytics is about the use of data for learning and improving learning processes. In the cartoon above, for example, you see that the fortune teller used Facebook as a source of information to predict the the future. Smart of her ofcourse :). As a professional learning you can now do like the fortune teller using data (information) online. The book focuses on the use of big data in organizations to support, especially large-scale data learning. What I miss in the book is where you may practically start within an organization, even though they explain you can start with a training dashboard where you systematically collect data.

In this blog post I will try to propagate more use of data by learning professionals by making it small and practical and looking at three levels:


I think that sometimes you have data available at hand that you are not  (yet) using as a professional but could improve your work. And on the other hand, there are new tools like Google Analytics or Twitter Analytics that you can use to start collecting data.

Level 1: the level of your Personal Learning Network (PLN)
At the level of your own online network you can measure a lot, depending on what your goals are. Think of it as a form of feedback to collect and analyze feedback. For example: you can measure the number of retweets on Twitter. We have an en_nu_online account on twitter where we share a tip everyday. I follow the number of retweets with the aim to see which tips are populair. I do this mainly to with the "my tweets, retweeting." column in Hootsuite. Every month I try to gather the totals and assemble those in an excel sheet. I have noticed that a lot of very practical tweets are retweeted  - this helps me to focus the upcoming tips focus. See also my blog post "Do not follow your number of followers, but you mentions and retweets. New to Twitter is that you can also turn on your analytics. I did this yesterday and you get a lot of information about your tweets.

Level 2: the level of an online cursus or learning trajectory

For the course 'learning and changing with new media, we use an online platform, a Ning platform. Within this platform, you can also make use of data. For example you can see which topics were given a lot of responses. We use this type of information as we go through redesigns. But apart from the number of responses you can see the number of views. I use this information when I receive few reactions. Sometimes people read it but it is still a heavy topic to respond to. Most platforms do have data, and you want more than you could make use of Google Analytics. Qualitatively you might analyse the content of a course for instance with a wordcloud (eg. wordle or tagxedo). In Moodle I often monitor the participants who have not logged on for 5 days.

Level 3: the level of an organization or network
At the level of an organization or school learning analytics is a bit more complex. Within an organization or school is it really a major project since you also have to look at the performance data and dashboards which already exist. It is best when you can make a link between performance and assessment and training / informal learning. Who can play what role in such a project? Think of the Research and Development, Learning and Training (HRD), Data scientists and management departments. Perhaps a good start within an organization or school to see what data you actually use . Sometimes gathering data in an excel sheet can be a big step. Additionally, you can think about an organizational challenge to solve. How can you start collecting to progress in this issue? So start with a question. I actually think the book 'measuring the networked non-profit' van Beth Kanter en Katie Delahaye Paine  might be a more practical book than 'big learning data'. A quote from that book is 'deciding what to measure is 90% of the process'.

Changing with technology: the example of collaborating with slack

I find it fascinating to see how our habits change (or don't change at all!) driven by new technologies. 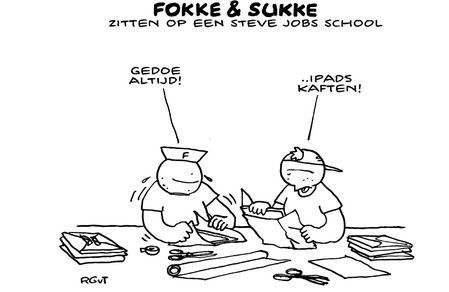 Yesterday Patricia called and because she is in my phone contacts I took the phone with a "Hi Patricia, this is Joitske, how are you?" the answer was "Hi this is Patricia" What a weird start of the conversation... Apparently you can not easily change your default phrase which which you start a phone conversation. The starting phrase "hi, this is Patricia" comes from the time when there was no contact name on the screen of your phone. A phrase or habit which is apparently quite deeply ingrained in our minds. I think it's a funny example of the influence of technology on our communication and how our habits are sometimes matching older technologies ..

At the Ministry of Foreign Affairs, you had (until about 6 months ago) to pass a scanner as a visitor, so you had to walk counterclockwise. Three months after the scanner was removed I kept the same route walking to the escalator. Until I noticed that everyone in front of me walked to the right to go straight to the escalator which is faster! I felt pretty stupid that I had not noticed this before.

I have blogged earlier about my grandma from the North speaking dialect but who couldn't speak dialect on the phone. On the phone she would speak official Dutch which sounds very formal. One older manager I met did not want to read from the screen and had everything printed. He said he simply couldn't read from screens. It is like some of our habits are one step behind the new technology and can not catch up.

Sometimes it works the other way, and you can also use technology to stimulate a change in habits. In team of five people, we noticed that we mainly seek advice from those you work closely together with on a project and that the threshold for quickly asking advice from the others is quite high. My answer was actually consciously assigning a new role of  'advisor'. However, a colleague suggested to use slack as a teamtool. With slack you can create channels, ask questions and call somebody into a conversation by tagging his name.  We've been slacking a month now and it works! Interestingly, another team had a look at slack and thought it was too chaotic. The reason why it works so well for us is that this colleague already uses it in another project and helped us to get into the tool. Which is not too hard, but there are many small things you need to explore.
Geplaatst door Joitske op 4:02 PM No comments: