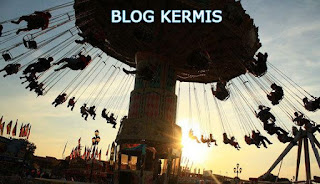 I am currently reading the book: How we learn by Knud Illeris - He describes three dimensions of learning:

These three dimensions are always part of a learning process, and thus is in fact learning is always social there is no "non-social" learning. That of course makes it even more difficult and confusing. It is true, however, that the social learning movement pays more attention to the social aspects of learning than others, for instance e-learning designers. Enough theory - now my own examples. I would like to compare two of my own examples. An example of the social media era and a pre social media experience, so the difference is clearly visible.

A good example of what is still an inspiration to me and was a transformative experience is the community of practice of SNV's consultants in West Africa from 2000 to 2003. I worked in Sekondi-Takoradi in Ghana in an advisory team. Advisory work and working in autonomous teams was new because SNV used to carried out development projects before 2000, so this was a major shift. I had a role in coaching the team in the new way of working as consultants. About 15 people were part of the community of practice of advisors in West Africa. These were consultants who were engaged in the new consulting practice of SNV in other countries such as Benin, Mali and Cameroon. Albania was also part of it because they had no partners in Eastern - Europe. Through the exchange in the community, I began to see broader contexts, we found common threads in our experiences. I was encouraged to make a case analysis of my own team, something which led to many new insights for myself and hopefully also others. Also, we were asked for advice on strategy development. It had great impact on me because I learned a lot, felt heard for the first time in my career. I also think it brought a lot of innovations to the organization. The way we interacted was twice a year 2-3 days together. There was not much technology support, although we experimented with an email exchange in which we got a new question every hour only by mail, and a Yahoo Messenger chat. Interestingly, I still have four friends from that community whom I'm still seeing regularly.

If we compare this experience to the way I learn currently about social learning, I notice I am currently inspired around social learning by all kinds of people but there is a less obvious group, a less obvious community with boundaries. My base is in Ennuonline where I work together with Sibrenne Wagenaar and a group around it. In addition, I was influenced enormously by a clearly defined group of people within CPsquare (CPsquare no longer exists), some of whom I also still interact with online. This is where I got my interest in social tools and first learned about LinkedIn and Flickr in 2005. This group stimulated me to start this blog too.

But actually my thinking and practice is now influenced by a huge fluid group of people whom I follow through blogs, Twitter, LinkedIn and Facebook groups and MOOCs.  An example: I frequently use some of the models shared by Jane Hart in my work with clients. Important people which I always read blogs include Jane Hart, Beth Kanter, Harold Jarche, Ger Driesen and Wilfred Rubens. In addition, I add new people regularly to my radar through Twitter or feedly. Occasionally I collaboration more intensively, such as in organizing a teamhackathon or the thinktank around our book. The most powerful ways to connect are surely cooperation or engaging in conversations at a networking lunch, conference or meetup.

If you compare these two examples, it is actually true that the interaction, the external environment has changed a lot. The number of people which influence me has become much larger. However, the investment, the commitment in the community in West Africa was much larger. The advantage of having a large fluid network is that you see a lot of diversity, but the pitfall is that you get less depth because it's faster and more volatile .. You probably need a bit of both. How do you organize this for yourself?
Geplaatst door Joitske op 4:53 PM 2 comments: