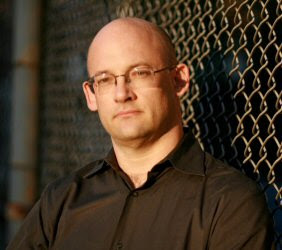 By coincidence I read the name Clay Shirky in David Weinberger's book (Everything is miscellaneous) that I'm currently reading, as well as on several internet sites. So I got interested and started reading this online interview with him, conducted by Jon Lebkowsky. It's very interesting, so please go ahead and read the full text at the World Changing site. Anyhow here's the juicy part for me. Lebkowsky and Shirky talk about the intuition people have for the use of various media, when to call by phone or when to meet face-to-face use email. With all kind of new media added to the repertoire available to people, we might get confused. They hope that it's more intuitive for young people. I can imagine that even it's intuitive for youngster in their friends interactions, it might not be intuitive for them in the workplace either. So we have people with different media uses and preferences, and we lack the intuition to know which one is the best, setting us up for confusion/miscommunication. Here's part of their conversation:

"Jon Lebkowsky: We have everybody online now publishing with the same forms of media, everybody's got access to everything, and you've got mass communication on one end of the spectrum, and on the other end you have very intimate but still public conversations, which is kind of interestingly weird. Is that a gradual continuum? How much are people really confused about the kinds of conversations they're having?

Clay Shirky: This is an experiment I want to see run, but I think this is a very interesting question. Here is my hypothesis: that one of the things that people create some kind of really deep mental model for is modes of communication. People my age and older have a very good sense of when to call someone on the phone, and when to send them a personal letter, and when to go see them. But we don't have such a good sense of when to email them, or IM them, or Twitter or what have you, because all of that stuff was invented after we had already solidified our sense of the media landscape. All of those things are still new.

One way to test this would be to see whether fifteen year olds today have a literally more intuitive sense of when to call, when to SMS, when to email, and when to IM. And I think they do. I think that the confusion around media is largely with people who have grown up in the environment we grew up in, where television is one thing, whereas the phone is another thing. The medium that reaches groups isn't a communications medium. The medium that is a communications medium doesn't reach groups. When all that has gotten overturned, it looks strange to us that people having group communications in a public medium – you know, these half a dozen friends, are all Live Journaling one another about their trip to the mall, or the party last Friday. But to those kids I don't think it seems weird at all. And if that's true, then that's the kind of generation gap that came up around the use of the telephone or the use of the telegram, and I think it's something society will have to weather for thirty years. If I'm wrong about that, which is to say, if increased numbers and kinds of media actually lead to increased social confusion, then I think that society is going to have to develop some formal methods of etiquette in order to figure out how to manage all of this proliferation of new communications options we've gotten."
Geplaatst door Joitske op 4:18 PM

there is an interesting conversation between Clay Shirky and Daniel Goleman called 'Socially Intelligent Computing' which can be listened to at www.morethansound.net

Thanks Lewis, I will try and listen to that conversation too