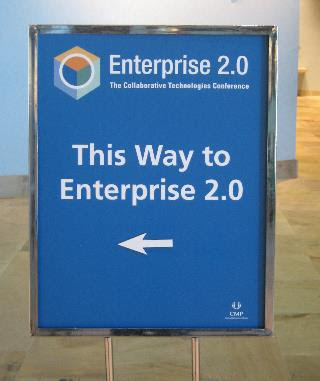 By the way a nice guide of where to start with social media can be found here on the technotheory blog. However, this is also written from the assumption that you use social media to promote your organisation or products, not to stimulate internal learning processes.
Geplaatst door Joitske op 11:49 AM

I recently came accross your blog and have been reading along. I thought I would leave my first comment. I don't know what to say except that I have enjoyed reading. Nice blog. I will keep visiting this blog very often.

Thanks Tessa, you're welcome!

Hi Joitske,
Tools and culture: From my perspective and for whatever you try to introduce in an organization you have to start with a small group of interested people, try things out (re. some social media tools) and see where this leads you and the org. Each of these experiments is a collaborative effort per se. From my experience the only thing that works is learning by doing and then mainstream if it worked on a small scale.
While doing some social media capacity building in the CG I felt that it was very much successful in empowering junior staff, they went into a real learning process. When we targeted the senior communications staff later on, the entry point was more the opportunities for org. Promotion.
Finally, for me the power of web 2.0 is the panoply of possibilities and the freedom to choose the tool. Ideally the organization should then be able to mash up the content independently from which tool it comes. No?

Hi Simone, this is something I'm thinking about- you could say give everyone the tools and see what they do!. I see management often goes into the direction of marketing etc. But you could see if from the point of view of a change process towards a more open, knowledge sharing, innovative culture. Then it probably needs a bit more than giving the tools because it will perpetuate the existing culture... would love to try this out in an organisation!

why not take it the other way around :
see which processes you want to install, then find the tools which support these best

Hi Marnix, I think it is good to look at the processes- but then there are still so many tools that match the process... if you say, we want to build a repository, you can think of a wiki, but often when you dig into the question the question is far more complex. It depends on your perspective what you will do. I think people underestimate the cultural change.

I am an engineer, and I sometimes say : "processes are the agreed way of doing things, when we do it unconsciously, they become our culture ..."