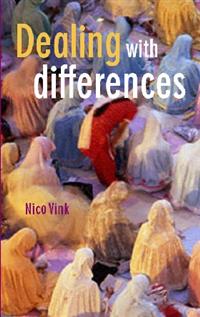 I read Dealing with differences by Nico Vink, who looks at communication as scanning of social spaces and positions, rather than exchange of information.

One of the questions of the book is: Does globalization lead to homogenisation of cultures? Nico Vink challenges the existing crucial role of national cultures against the context of globalization. Cultural fields are introduced as a new context for intercultural communications. "Fields are distinct, smaller social spaces, When a person wants to participate in a field, he/she should learn the values and practices, the rules and the language of the field." Fields may become trans-cultural bypassing national borders and cultures. Globalizations is not leading to homogenization of cultures but to exchange and hybridisation. So where do we currently find the cultural differences? Between rich and poor, differences remain large, as well as between believers and secular people. Miscommunication ocurs also in our own society.

He provides some vivid examples of cultural fields, like rock music. Rock music knows many forms, it is a mix of local styles with international musical idioms, originating in the Anglo-Saxon world. Rock music is an important way to emphasize local identity, and in many places local varieties of the international rock-idiom can be found. There is some influence of local music on the global field too, the question is how and how much? The chinese rock musician Cui Jian is quoted when he says: 'Rock is worldwide. During the festival of Roskilde in Denmark I was the only Chinese, but I felt like at home. Yet there is a difference. I think in Chinese, I feel Chinese, I use Chinese images.

Intercultural communication competences listed by Vink:
* Insights into the general communication process and awareness of our own strong and weak points
* Basic attitude of curiosity in people who are different
* Social skills; social poistions in cultures are very different
* Patience; changing habits is a long process

Thanks! Looking forward to reading that.

Interesting to read your reading of my book. Your final question is quite relevant. I am not specialized in communities of practices, but I think they are other and specific organizational forms of fields e.g. development cooperation. of course they have their own rules and values, again competing among them. Communication between development workers demands also to situate each other e.g. interested in poverty alliviation, gender, empowerment, market etc. or not?

Thanks for the comment, Mr. Vink(don't have your e-mail, so have to reply here). I think it's an amazing feature of blogging that you found my blogpost and have the chance to comment again!